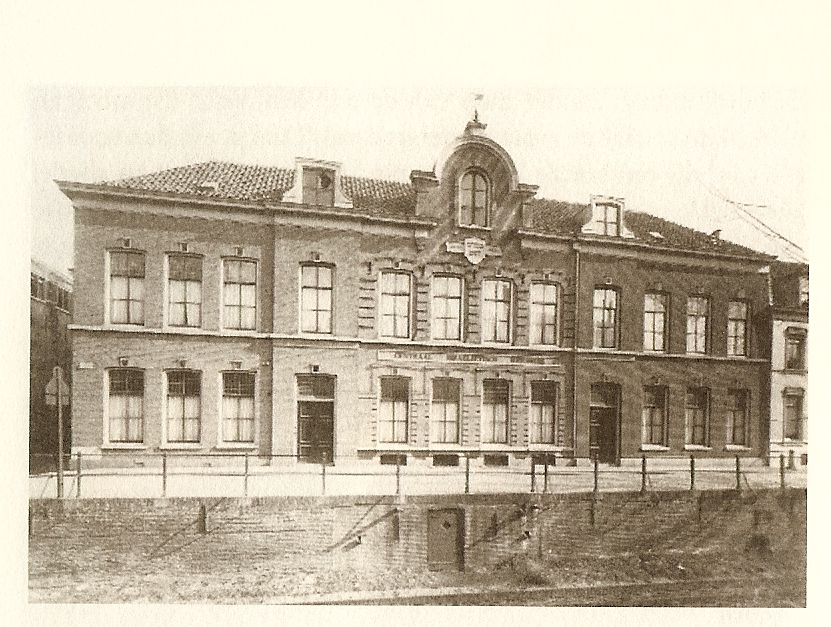 The building was used as an orphanage starting in 1871. When it was opened it housed thirty-one boys and fourteen girls, all Dutch Jewish orphans.  (66)

The first three refugee children from Germany arrived here from the Waisenhaus in Frankfurt am Main on November 22nd, 1938.

During the war there were about 54 pupils in total, of which a growing number were refugee children. If one of the children in the orphanages in The Hague or Rotterdam turned 15 they had to leave there and would go to the orphanage in Utrecht.  By the end of 1941 there were 28 refugee children here, and 20 Dutch children. Twenty-one of the German children living in the orphanage were taken to Westerbork on February 10, 1942. On October 22, 1942 all the remaining children were transferred to Amsterdam, where they were housed in the “Houtmarkt 10” (which was what the Nazis renamed the J.D. Meijerplein), and on January 25, 1943 at Geldersekade 67-71.

On February 10, 1943 everyone was taken to Westerbork, together with the inhabitants of the Amsterdam orphanages.

The building is now in use by the Salvation Army.

The vacation house in Den Dolder belonged to the CIW.