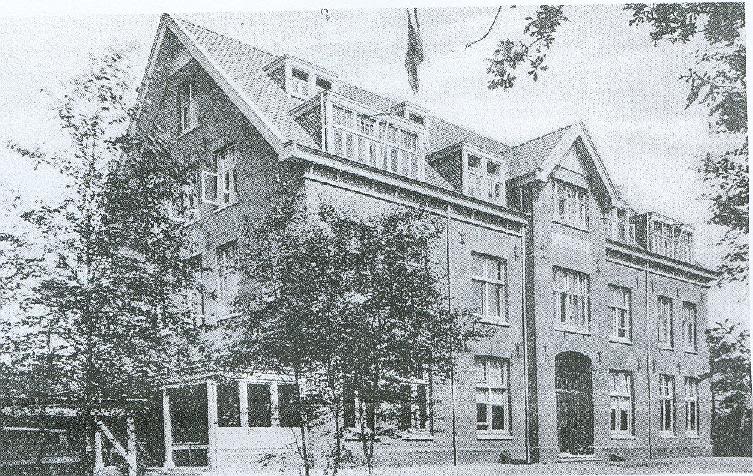 The first refugee children arrived here in December 1938, and they left in April 1939. In February Irene Lion died, she was probably the first victim of a diphtheria epidemic. Many of the children staying in the Noorderhuis were admitted to the hospital.

The Noorderhuis could house 90 children, and was part of the “centraal genootschap voor kinderherstellings- en vakantie kolonies.” (Central Society for Child Recovery and Vacation Colonies)

The house burned down in 1984. Now there are new houses, de Santbrincke, Fluitenberg.

“The hostel had been built, a few years earlier, by a socialist Welfare Society, the Centraal Genootschap, to provide healthy country holidays for city workers’ children. During the winter it usually stood empty and the Refugee Committee had obtained its use for Jewish children from Germany in its off-season of that year. Its very modern kitchen, with an impressive array of stainless steel cooking machines the likes of which we had never seen, had been made kosher, and the hostel filled with Jewish refugee boys and girls, a nice place to stay until more permanent arrangements could be made for us.

We spent about three months in the hostel. They were a happy time, one of the best I can remember. We quickly shook off our anxieties and our fear of being ostentatious, and settled down to enjoy life, not bothered by Aryan hatred. The almost new building was bright, clean, and cheerful: the food was excellent, and we got more meat in a week than we had been used to have in a year at home. The countryside had an old-world Dutch peacefulness that, though we did not realize it, was just what we needed as an antidote to our recent past in Germany. ………………….

The hostel staff who had been recalled for the winter opening were very understanding about our sensitiveness. They kept us busy all day, leaving few opportunities to brood or be homesick. The day after our arrival we joined the Dutch language class taught with the aid of stencilled pages of text which had been specially prepared for the use of Jewish refugees. I clearly remember the first Dutch sentence I hesitatingly read on the first page, Jan is al wakker, Jan had woken up already. For me it was an awakening to a new life unlikely ever to be forgotten.

The staff were used to keeping their charges out of doors as much as possible, because fresh air was one of the important specifics in the treatment of the regular hostel population, the children from city slums. There were extensive playgrounds for us and we were encouraged to dig in the light brown sand, to toughen muscles while inhaling lots of unpolluted country air. The sand was soft and easily yielded to the child-size spades of which a large selection was neatly stacked in a storeroom on the grounds. ………….

We slept in brightly whitewashed dormitories and one of the first things we were taught was to make our own beds, according to hostel regulations. At home we had been used to eiderdown, the “featherbed” quilts German children learn about in their first fairy tales, when a heavenly Mrs. Holle shakes them each morning, making snow. Now we had blankets, and very few of us, if any, had ever made their own beds.

We were given two gleaming white sheets each taught to tuck the bottom sheet tightly round the mattress, and fold the upper one back over the blankets, with the wide seam always on top. The made- up beds had all to look alike, and with some encouragement and prodding even the youngest got the hang of it. I personally have never forgotten the lesson and to this day instinctively finger sheets to find the wide seam to put at the top end.”  (61) 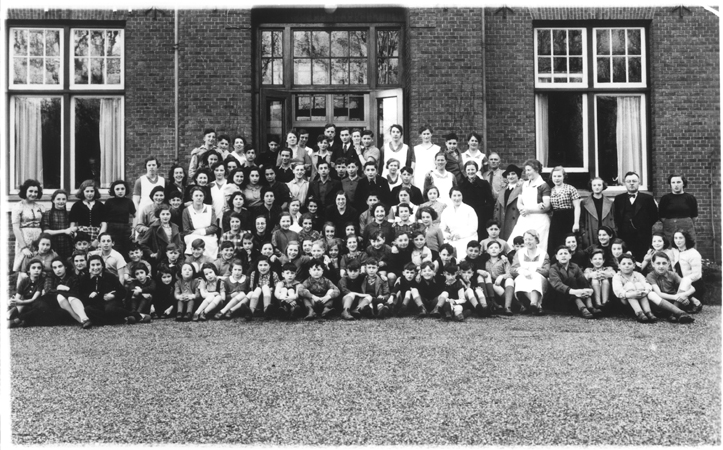 The refugee children at the Noorderhuis in Ruinen, courtesy of Hans Levy

61.  Friedler, Ya’akov, A long way around, the story of a youth unusually spent (unpublished 1991)