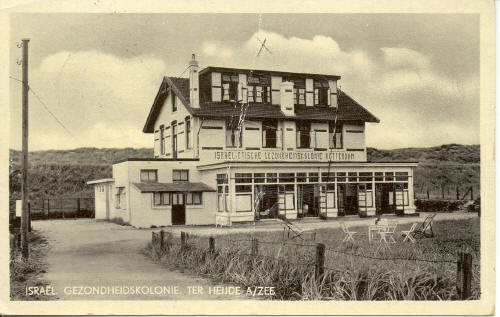 Opened in 1905, owned by the Jewish Community of Rotterdam. Between 1914 and 1917 in use as a school, because soldiers were housed in the real school. Normally it was in use as a holiday home for children of the Rotterdam orphanage.

The director was sister Hirnheimer