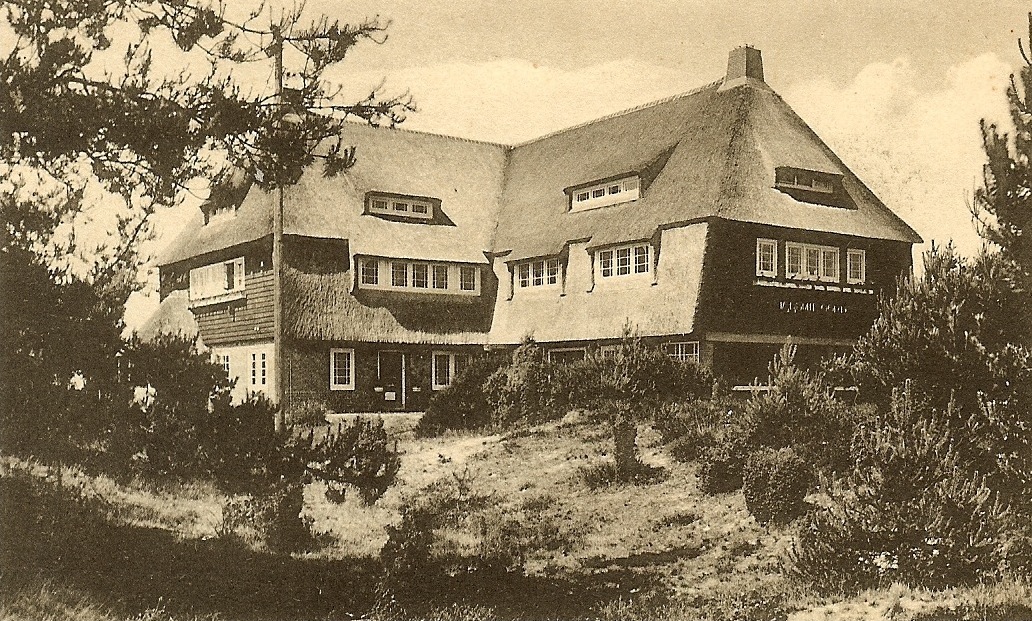 
The house was owned by the society “Steun in de strijd” (Support in the Fight) in Enschede.

The first girls arrived here on January 6, 1939. According to an article in the “Algemeen Handelsblad” the coaches could not reach the house because of flooding of the river Dinkel.

On August 25, 1939 all the girls were taken to other facilities in Driebergen and Rotterdam because it was so close to the German border. The house could accommodate 60 girls, and usually there were around 60 girls. Most of the girls staying here were quite young.

The building has been demolished in 1961.

The Historical Society of Losser wrote an article about the house in 2013 (in Dutch). 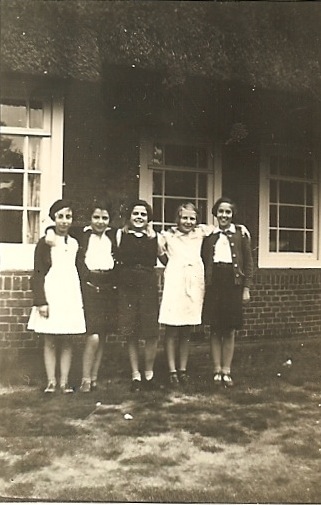 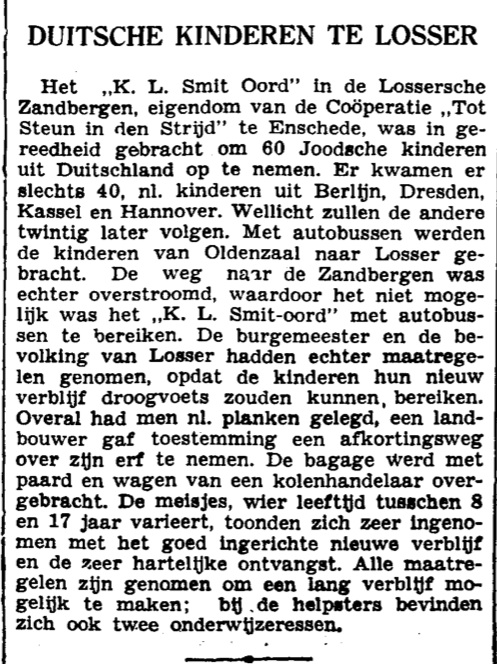 Article in the Algemeen Handelsblad on January 6, 1939 about the arrival of a group of refugee children in Losser

Judith has good memories of her time in Losser:

I had a very good time in Losser. I think there were only girls. I had a friend there as well. The staff were very friendly: Mrs. Levi was the director. There were parties organised at a big house in Enschede, at the house of the Menko-Warendorf family.

We did have some lessons there, but of course I did not speak one word of Dutch. We got Dutch lessons from two very nice girls. I have tried very hard to find them, after the war, but have not succeeded. I think they came from Enschede. (46) 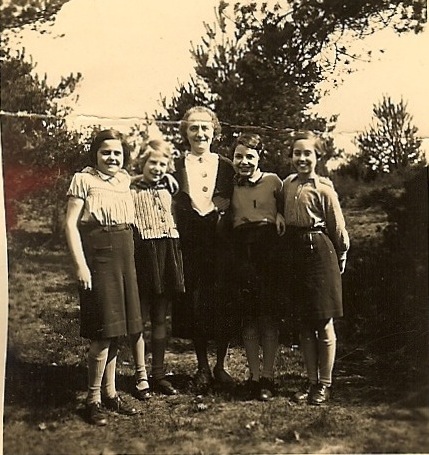 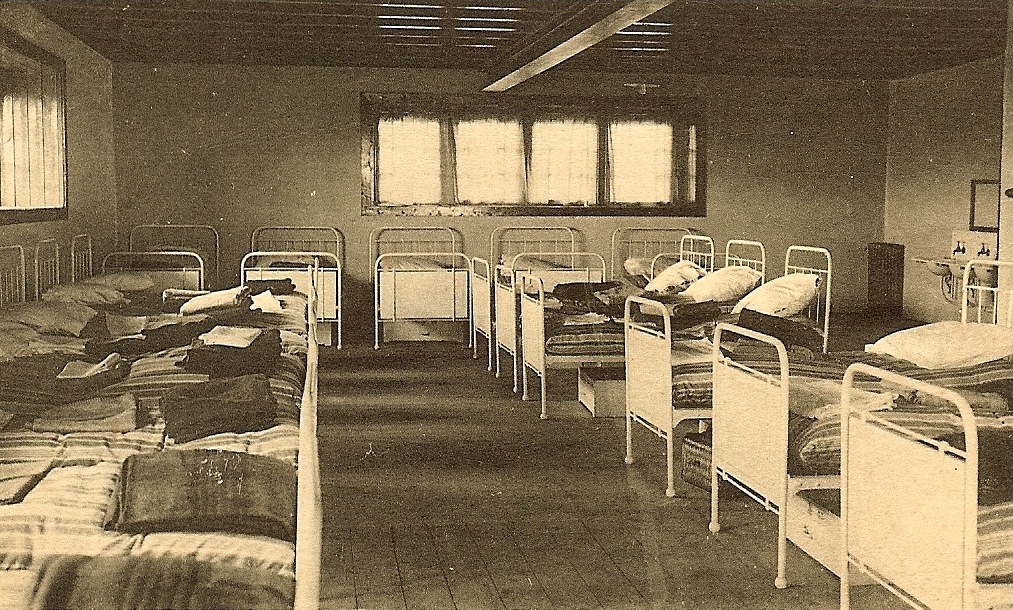