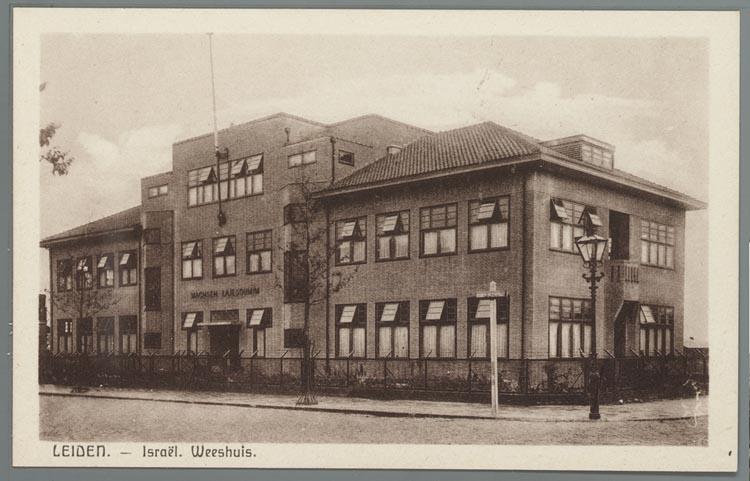 The orphanage was founded in 1889, and was housed at the Roodenburgerstraat since 1929. It could house 58 children. It had a built-in Sukkah, there was hall for gatherings with a piano and a sports hall where boys could learn boxing. (45)

Like the other Dutch Jewish orphanages, the Leiden one took in three children from the orphanage in Frankfurt am Main on November 22nd, 1938. But apart from this little group, not many other refugee children lived here. Two siblings lived here for three months in 1939, and only one other refugee girl lived in this facility until she returned to her parents in Germany in 1943.

On March 17, 1943 all 51 children were taken to Westerbork: among them two German refugee children and the Adler girls from Frankfurt am Main.