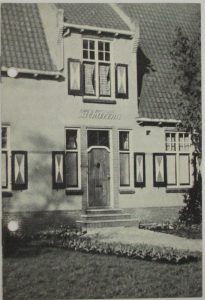 This facility was opened in 1937, for (Dutch) Jewish boys and girls between the ages of 15 and 17, to learn market-gardening. After a two year training the students would move on to the Aliyah training facilities. From 1939 onwards there were also some German refugee children placed here.

In April 1943 the facility was closed and all the inhabitants were taken to Camp Vught. Some went into hiding.

George Tscherny (who lived there a few moths in 1940) recalls:

“I don’t know why I went to Gouda. Maybe because they had spots there. What was strange about it was that we had not expressed any interest in going to Israel. We were taking the place of others who wanted to go to Israel. It may have been temporarily: they had space for us, but then they took us out of there in the fall. I have no idea why we left. We had a good time there: we worked on the farm. It was interesting: they mostly grew tomatoes in glass houses. And the job I had was to fix the glass that was always broken. And the stupid thing was: we were always wearing wooden clogs, and I would be up on the roof, fixing one piece of glass and breaking another with my wooden shoes. So there was no end to it. It was interesting………… we would take the tomatoes to auction, there was a gracht (ditch) that went by, we put the tomatoes on a boat, the boat goes right into the auction house. It was interesting: you took the tomatoes to the auction house while they’re green, because by the time they got to the store they turned red. That was one of the interesting things. The war was on already and I remember that everything was dark: there were no streetlights or whatsoever. In the evening teenage boys and girls would go to this one little main street in Gouda – today Gouda had totally changed – it was interesting and pleasant”. (43) 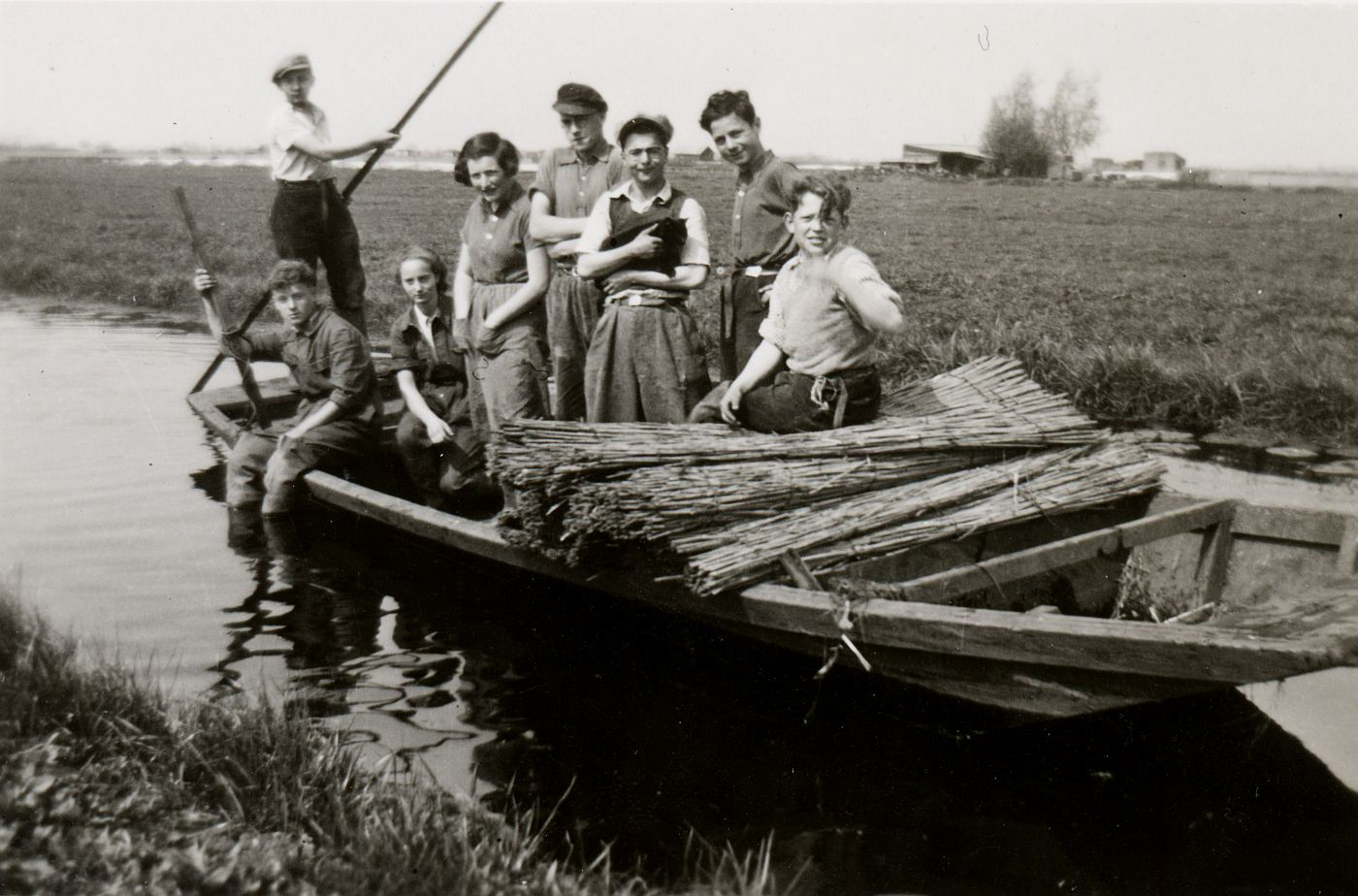 Some children living at the Catharinahoeve on a boat, collection Joods Historisch Museum Amsterdam