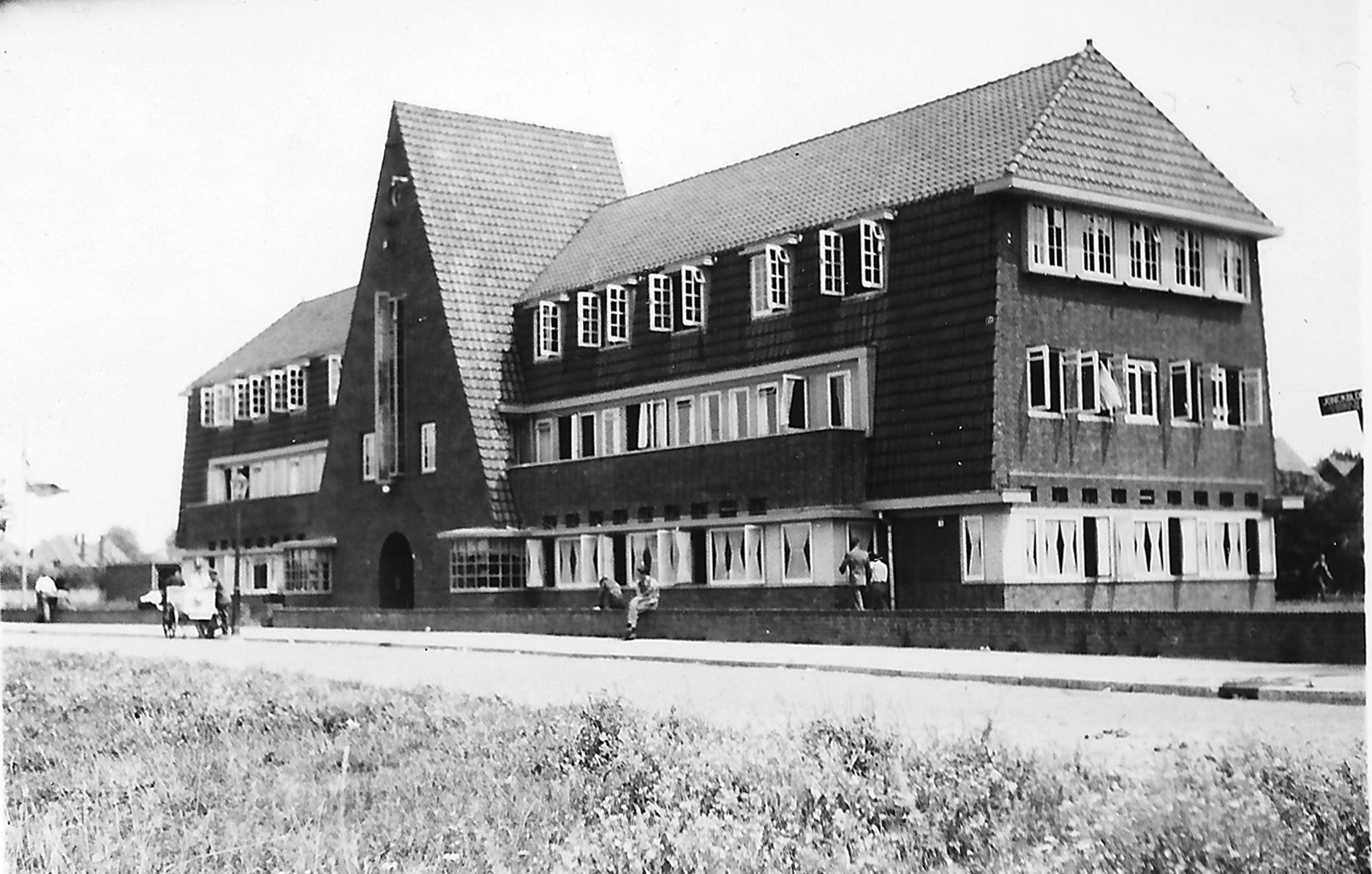 The first refugee children arrived here on January 4, 1939. They were all boys. It had 150 beds available. It was closed in March 1940: all the boys then went to Westersingel in Rotterdam.
The building still exists, and now houses a school.

Arno Rosenfeld lived in the Dommelhuis for the whole time it was open to refugee children, between January 1939 and March 1940. He recalls:

“When we were scrubbed clean we were taken to the Dommelhuis. It was built as a pension, retirement home and had lots of small rooms, bedrooms, and one large dining hall. The bedrooms had army beds, four army beds, two on top of each other, with straw sacks to sleep on. It was really prepared for a very utilitarian army type of use. We slept on straw bags, two high, four in a room. We got used to it. When you are young you take it as it is. It was not as comfortable as at home, but it would not have mattered if we complained. It was a bit of a shock, but it did not leave much of an impression. It was rather Spartan of course but one is young one takes things as they come. Some children complained and protested, but we did not. They taught us how to make the beds in army style: the blankets had to be folded……. The food was much more of a cause for complaint and dissatisfaction. It was very simple, it was basically food as it was supplied to the unemployed. The barest of bare simple food. We were used to good food and a certain level of luxury. It was not kosher. We did not eat kosher food at home. I do not recall getting pork. But we did get horse meat. It was oily and greasy. The food was very poor”. (34)

Hajo Meijer wrote to his parents on 18 July 1939, just after he moved to the Dommelhuis:

“When you enter, there is an entrance foyer, with a hallway on the left where the rooms of the administrators are and the canteen on the right. In the upper two foyers, there is a ping-pong table on one floor and a writing- and reading room on the other. Off of those, there are hallways with the rooms for the boys. There are three boys to a room for the most part, except the one I am in has space for 5. Only three of us are in it right now though. There are 5 beds—a bunk bed and three free-standing ones. I am in the bunk, on the upper bed. Other than that there is a small shelf for toiletries and stuff, a wardrobe for basic underwear and suits, a sink and a chair. When we arrived-there was one other boy with me from Soesterberg, we first had to go to the Hauptmann. He asked us some questions, like whether we eat kosher or trefe, because there are 2 kitchens here. He mentioned nothing about lessons or education.”

Five days later he wrote more about his new surroundings:

“Let me tell you about our routine. We get up at 6am. Every morning we take turns being responsible for the room, so whose turn it is has to hurry to get dressed and wash up, make the bed, then sweep and mop the floors. Then there’s the inspection, which means someone stops by to make sure all is in order. It’s OK not to be finished getting dressed, but the room has to look perfect. Then it’s time for breakfast. Coffee and bread. At a quarter off 8 we make our way over to the shop and work until noon. Around 12.30 there’s lunch. Usually it’s quite good. In the afternoon we have lessons in ‘xxx’ (cut off), which is a bunch of bull, or English. I decided to study a bit myself from the “1,000 words in English’ book, since I seem to have forgotten almost everything. Dinner at 6pm and lights out at 10pm. Fridays we go swimming for 2 hours.” (translation by Alexia Gültlingen)


Fred Schwarz lived at the Dommelhuis for 10 months and writes:

“We eat at long tables with benches. At the left in the dining room are a few tables were kosher food is served. That comes from the Mental Institution in Woensel. One of the boys and one the concierges go on a delivery bicycle every day to pick up the food. We, the majority, are at the other side of the dining hall and get food from the Philips kitchen.

The Dommelhuis is owned by Philips. Originally it was built as an apartment building for workers from abroad, but it was not used, that is why it was offered to the Kindercomité. All the rooms have built-in closets and sinks, there are bunk beds for four or six boys. Showers and toilets are in the hall.

Everything is just perfect. Downstairs there’s a large hall that is used as a lobby. There are some rooms for lessons, a library, the administration and rooms for the staff. There is a sick room and even a spot for a nurse who, they say, has just returned from the Spanish civil war.

In front of the house is an open space until the river Dommel. The perfect place to play soccer if we’re off:  the scoutmaster makes us do gymnastic exercises there. One of the boys tells me we can go for a swim in the local swimming pool: I have not been able to do that for more than a year, so I am really looking forward to that. Likewise, they arrange many things for us. We can get tickets for performances or concerts on a regular basis and the cinemas give us reductions for the matinees, which are not too expensive to begin with.” (35)

George Frankel, whose father Alfred stayed at the Dommelhuis between February and December 1939, sent me this Unser Dommelhuis newsletter about the Dommelhuis. Dear Alexia Gültlingen translated it for me, for which I thank her. We do have a problem with the order of the pages, no matter how we arrange them it never really makes sense. If anyone had a suggestion please let me know.

This “Nachrichten Blatt” seems to be the very last of 12 newsletters. It would be very interesting to read the other 11 as well, but I am grateful that we have at least this last one. It was made when the Dommelhuis closed, in April 1940. It is good to read how much love for the children Mrs. Verweij-Jonker has as she describes what all happened in the Dommelhuis. 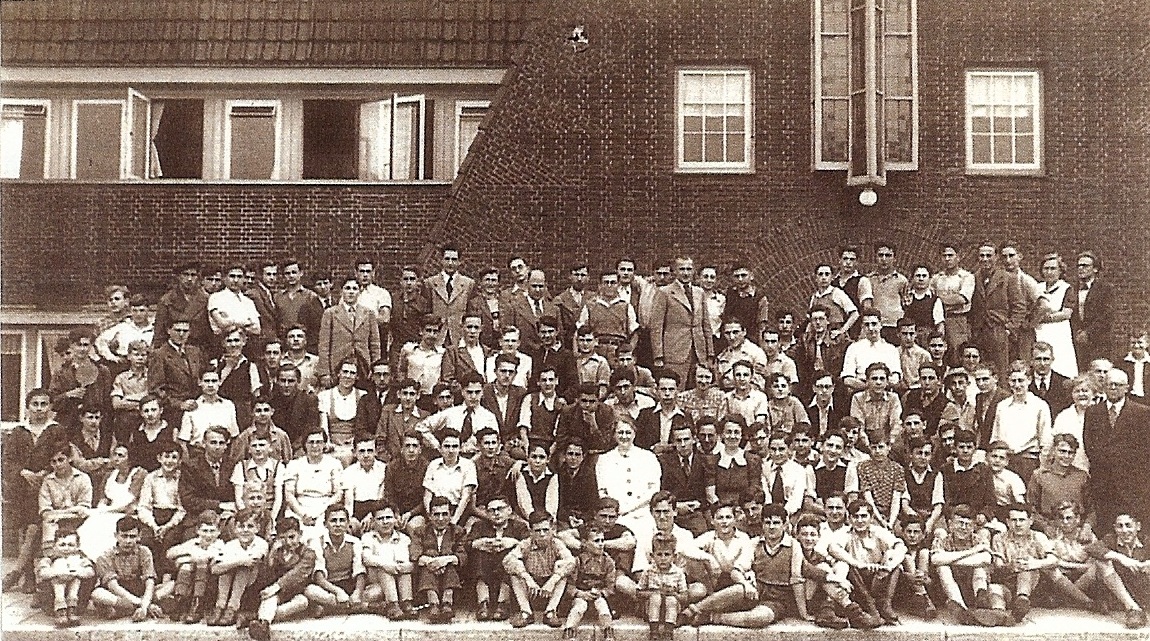 Group of boys living in the Dommelhuis, courtesy of Gunther Goldbarth 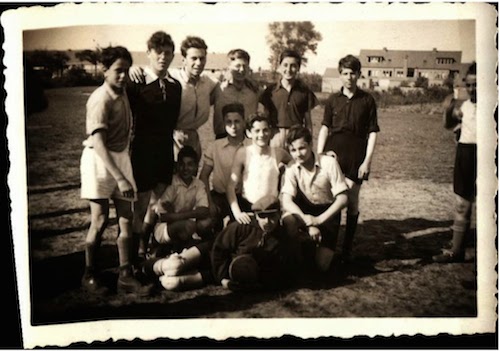 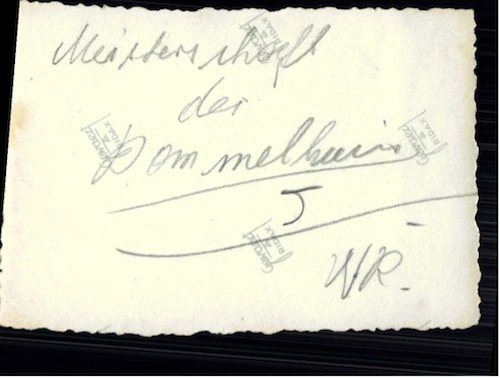 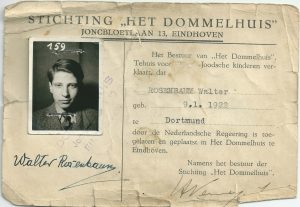