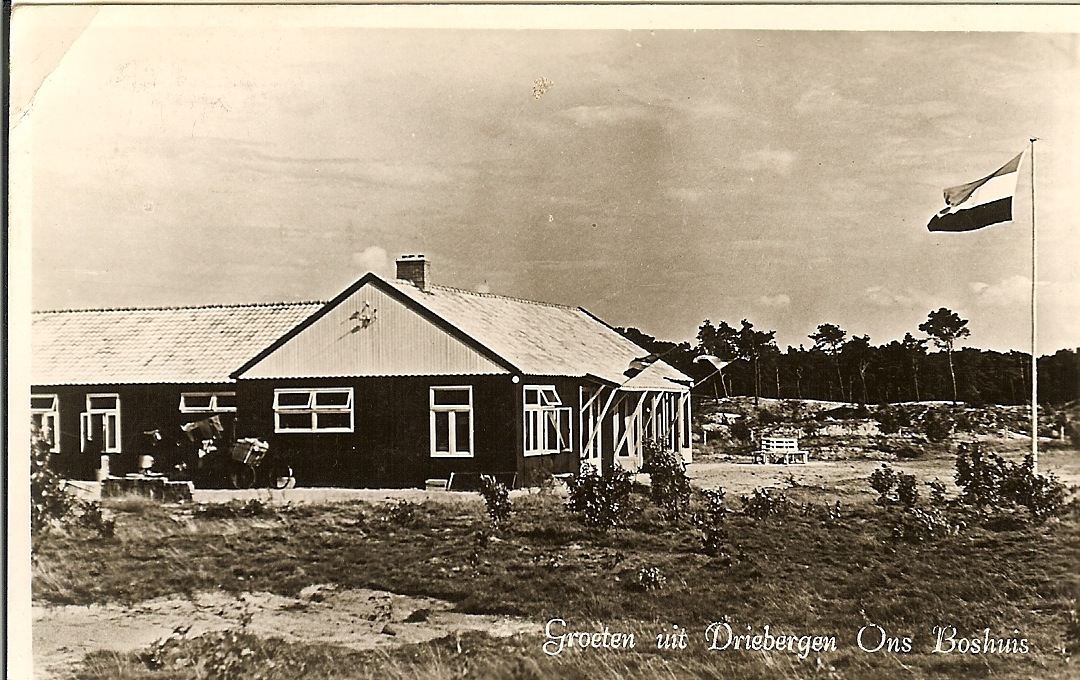 Was owned by the “Bond voor gereformeerde Jeugdorganisaties” (Association for Reformed Youth Organisations) and was available for refugee children between March 18 and June 30, 1939.

On April 24, 1939 an acquaintance of Hajo Meyer’s parents visited Hajo in Driebergen. He wrote at length about their visit to Hajo’s parents in Bielefeld:

The place is really very beautifully located. I quite enjoyed walking through the woods with him- it’s been 2 years since I last experienced this much forest!

I take it you know that it is a group of 4 log houses – 2 dormitories, schoolhouse, canteen, which doubles up as dayroom. When I visited yesterday, we sat in it for another half hour. First I had to inspect the dormitory. Over his bed he has the latest pictures of you all. Everything is very neat – he looked rather dapper in his blue suit with the knickerbockers. He said that the food is good, much better than where he was before and that it was not necessary to send him any food. But of course he was quite happy about the candy and the sausage I had brought along. He is really quite mature for his 14 years. He told me that he shared class with some boys who had only had a few years of primary education, which made the classes a bit boring for him. He is looking at this stay in D. as a kind of summer break – only it should not last too long of course. I do hope the best – for him and for you – and that everything will work out for his further education. All in all, there really is no need to worry about him. He said himself that the letter he wrote at the time was written when he was in a rather sad mood and that everything was looking up. I also briefly spoke with one of the teachers, of whom I got a very good impression. The kids also seemed in good spirits and were playing outside until a sudden rain shower chased them all inside. I spoke to some people who ended up giving me a ride to Utrecht, from where I took a bus back here. 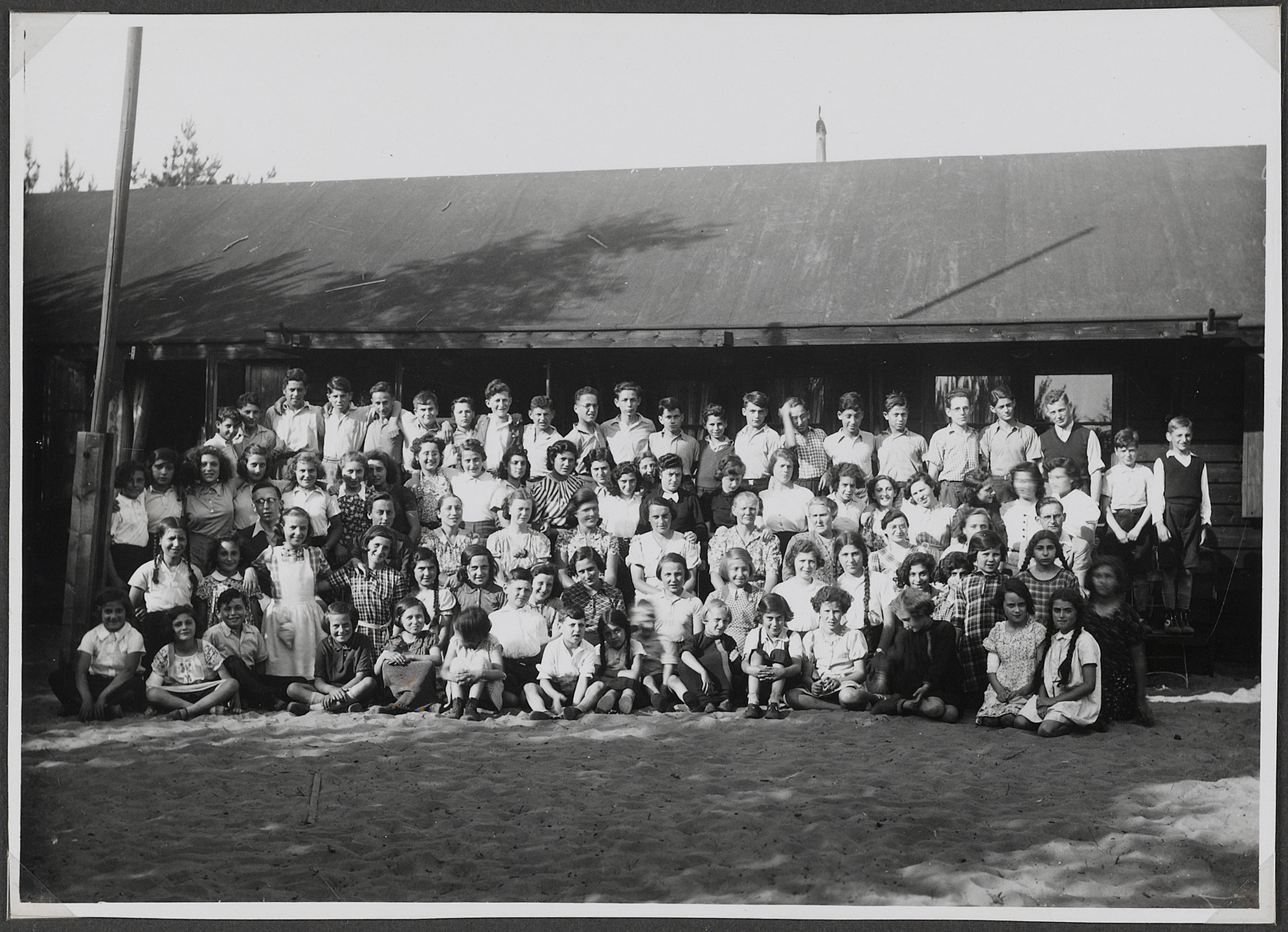 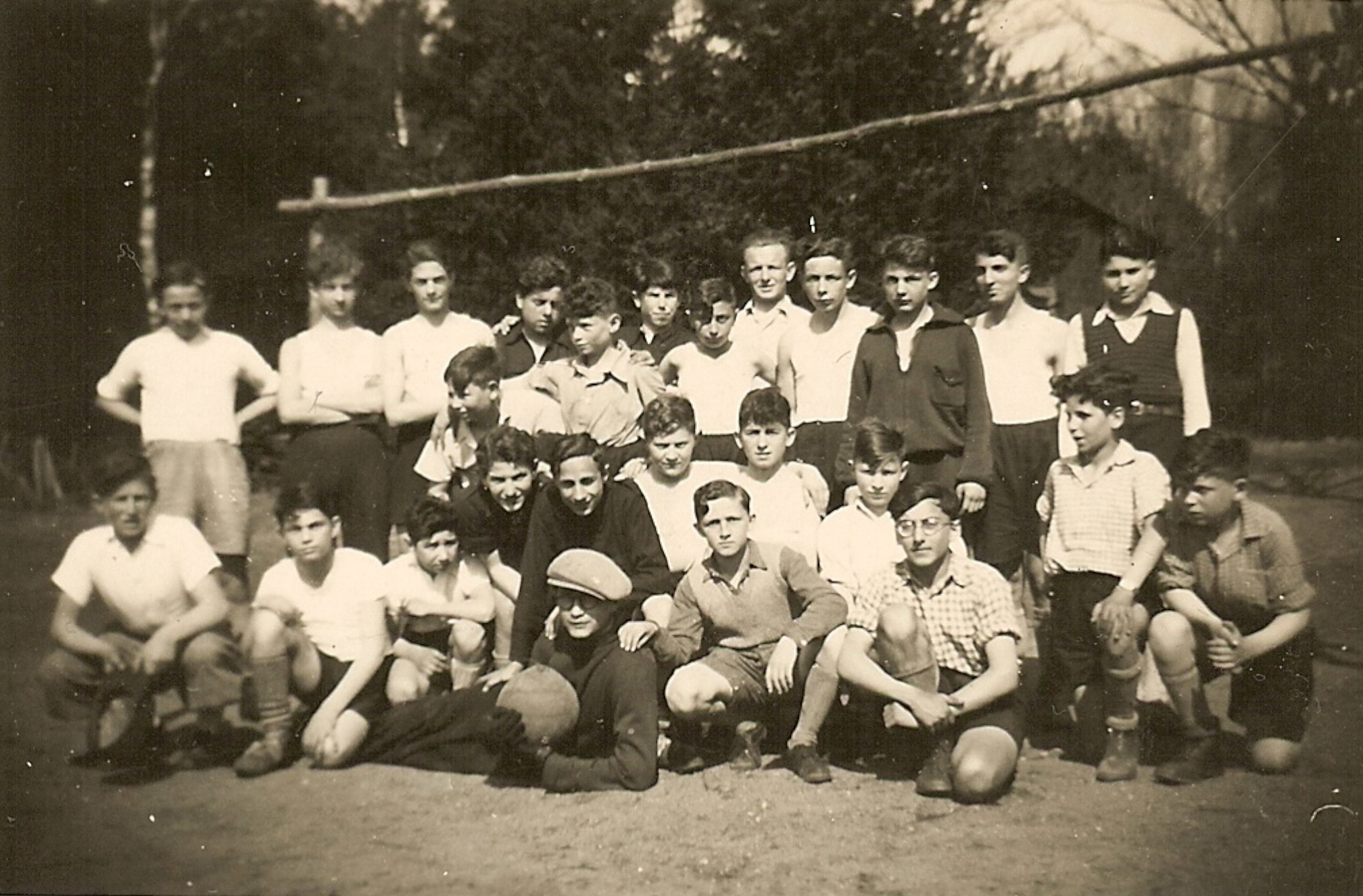