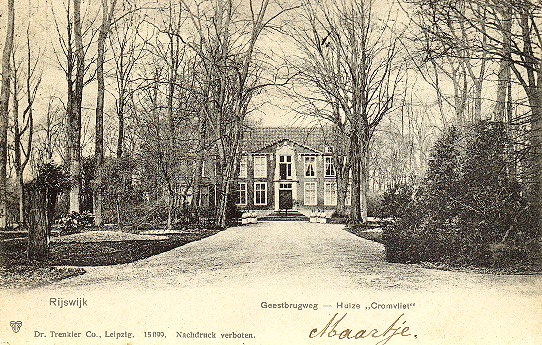 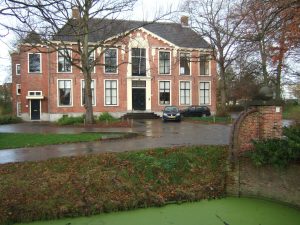 Like the other two homes in or around The Hague, the first refugee children arrived here in January of 1939 and the last ones left in September, 1939 to move to Huis ten Vijver.

After the war it was a home for mentally handicapped elderly until 1985. In 1995 it was renovated and has been used as normal living space since then.

“In Cromvliet I had some balls, and I would play with them, against a wall. We also skipped rope. There was a woman who tried to teach us Dutch. “Aap, noot, Mies”, I remember that. We always ate together: I think the food was kosher. We played. I know that I had the address of my grandparents, I wrote to my grandparents in Poland. My mother lived with the baby in a room in The Hague and would visit us. I know she took peanuts for us, but if we got something we had to hand that in because it had to be divided amongst the children. I tried to hide it so I could give it to my brothers and some to the girls in my room, but I was caught and was punished. It was not allowed: you had to give to all the children. Once an artist came and she wanted to draw my brother, she came to pick him up and then I became so angry that someone had taken my brother without asking me. I was responsible for the child and no one had asked for my permission. I know we played a lot, and on Shabbat we would go to the synagogue, somewhere in The Hague, it was quite a walk. We were not allowed to go to our aunt for Shabbat, but once she came to get us, and then we were allowed to go to her for a couple of hours….. During Pesach we were in a home, but I do not have any special memories of that. I remember being sick, I had a fever, and all the children went on a trip, away for a few days. I was the only one, with the director, who stayed behind. I was so afraid all alone in that hall, and then the director took me into her room and had me sleep in her bed. I was so scared….. I remember that. I can also remember sister Cindy”. (28) 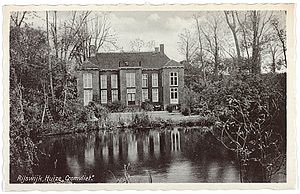