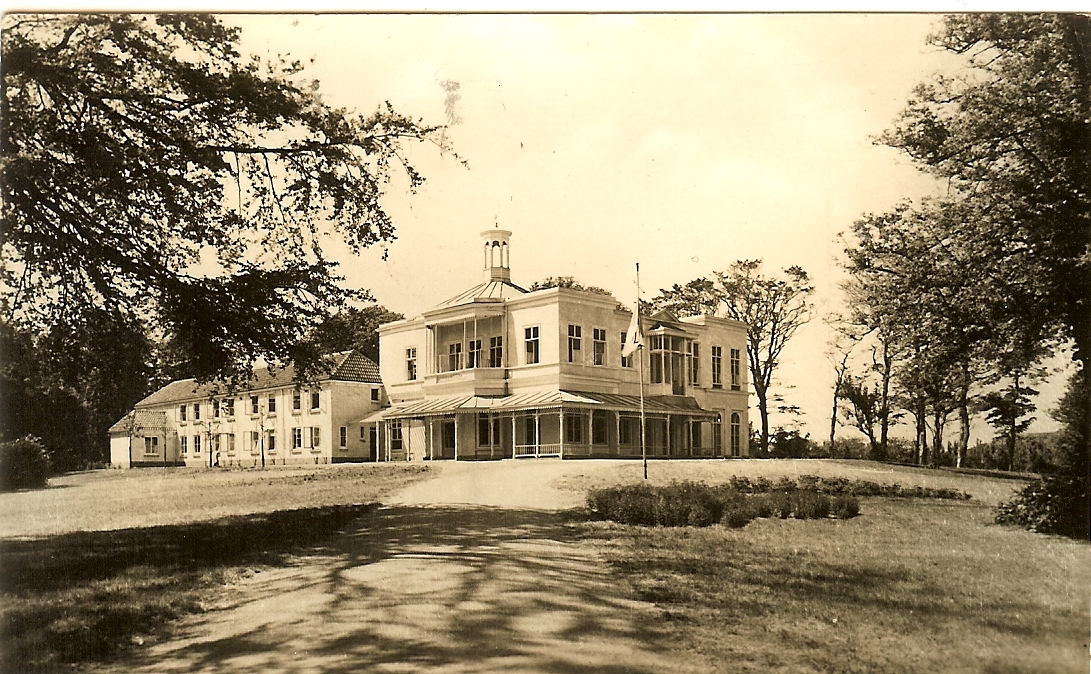 The first 49 refugee children were housed here in January of 1939: most of them had arrived in the Netherlands with the first Kindertransport from Vienna in December, 1938, and were taken here after the quarantine period in the school in the Copernicusstraat. The children had to participate in daily chores and got some education. A gym teacher had been appointed to sleep in the boys room in order to keep an eye on them.

In his book “The lottery” George M. Hahn describes the arrival in Ockenburgh in January 1939:

Our new abode was a park on the outskirts of the capital [sic]. [….]

The road in the park led to a two-storey building located on a grass-covered knoll. The structure was painted an inviting white and even from the distance I could see a large veranda that extended along much of the second floor. […]

Our busses drove to the side of the building. Here, however, the paint was old, peeling off in places. The building had seen better days. As we climbed out of the vehicle, we were met by four or five women wearing the traditional habits of Catholic nuns. […]

Our room was a large room on the second floor. The room had recently been painted white; its only decoration was a large picture of the Dutch queen. But it had two windows that overlooked the park and a door that let our to the veranda that I had seen from the bus. In front of each bed was a wooden box. It was big enough to hold our belongings, as each of us had brought only one suitcase and perhaps a small bag that contained a few extra things.”

The facility was closed when all the remaining children in the Hague were moved to Huis ten Vijver in September 1939.

The building was used as a youth hostel from 1946 until 1998. Now there are plans to turn it into a luxury hotel and congress venue.