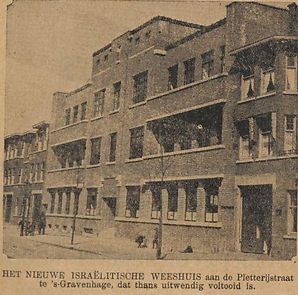 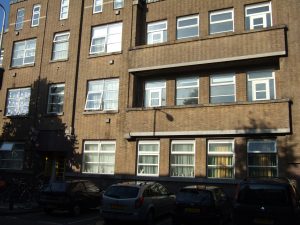 This orphanage existed since 1849. In 1932 it moved to the building in the Pletterijstraat. It could accommodate 42 children between five and eighteen years of age. The boys stayed on the first floor, the girls on the second. (27)

On March 5, 1943 around 9 ‘o clock at night, all the children who were still in the orphanage were deported, first to Westerbork and from there most of them went to Sobibor. Among them were 12 refugee children. Director Heinrich Ullmann, his wife and children went with the children to Sobibor.