This was a summer home of the Burgerweeshuis in Amsterdam. It was built in 1908 and is still in use as a holiday home.

It could house 90 children, and was part of the “centraal genootschap voor kinderherstellings- en vakantie kolonies.” (Central Society for Child Recovery and Vacation Colonies)

“When we came to the Netherlands they said we would go to Bergen, and I thought Bergen, Norway. I had learned that in school, an important harbor, Grieg is from Bergen, but I had never heard of Bergen aan Zee. In one of my first letters home I wrote “jetzt sitz ich hier am Asch der Welt” (now I’m at the end of the world). That’s what it felt like.

In Bergen they fed us „Zwiebelgemüse“ (Onion vegetables), I do not know what that was. Fried onions with some meat through it. Tough meat, that had not cooked long enough. I had been taught to eat everything that was served, but many children had big problems with it.

There was a Mrs. Palm, a real German anti-Semitic, who said if we did not do exactly what she wanted us to do: “why did you not stay in Germany?”. The other nurse was really nice. Her name was Peperkorn, her hair was red. One of the first nights I climbed the roof. A few days later a guy arrived on a moped, he taught us in something, it was pretty worthless. I was completely crazy about cars and mopeds, so I asked him if I could ride his moped, and he said yes. So I went down, and then made a tour of Bergen on his moped, or rather: light motor bike. Everyone panicked: Hajo on a moped…

And the climbing on the roof did not make me popular either. I remember that. But they did not throw me out……. (15)..

Group picture of the children at the Zeehuis, probably January 1939, courtesy of Hajo Meijer 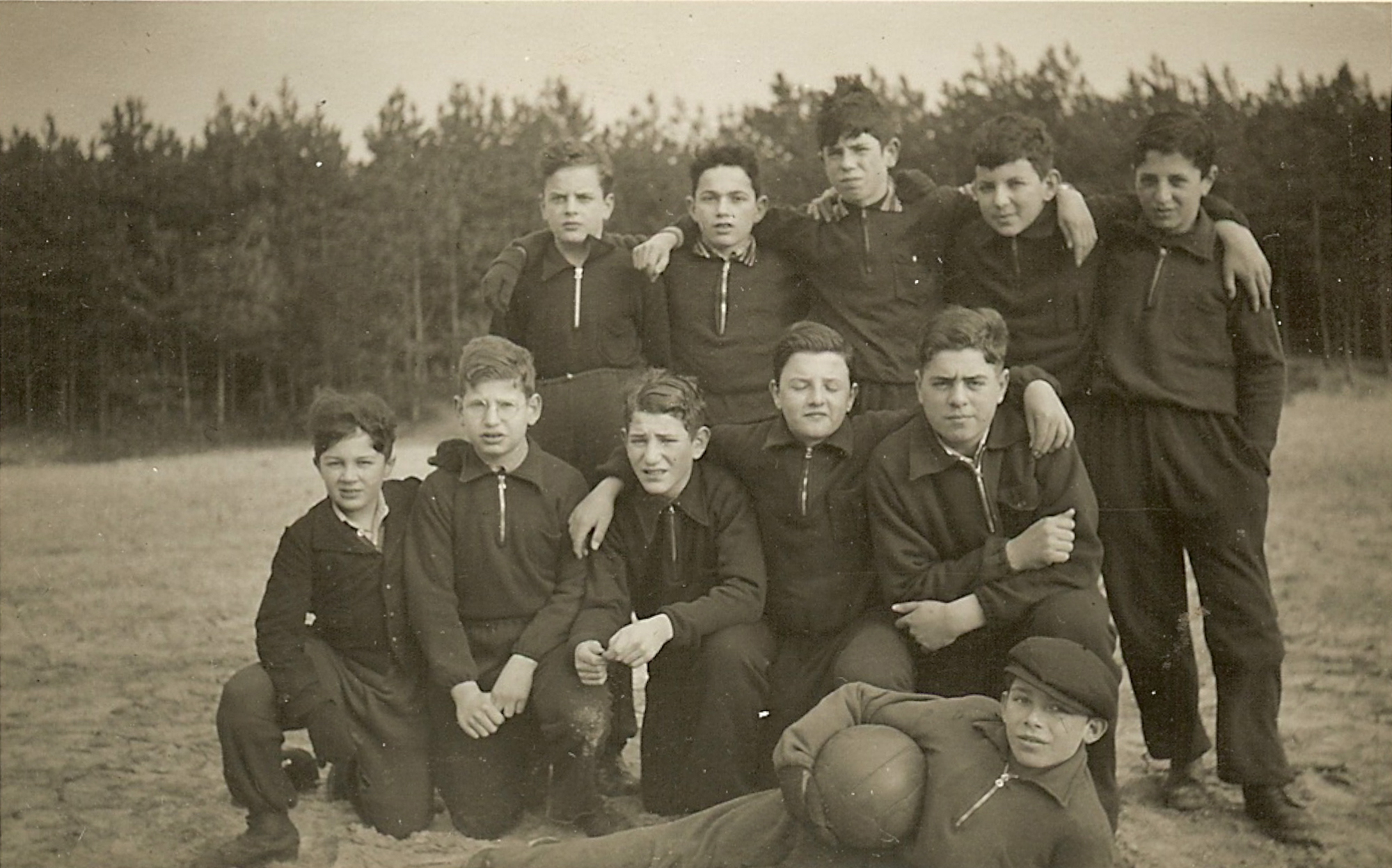