Built in 1918 as a quarantine facility for sick people who wanted to emigrate from Europe to the U.S. It consisted of one villa, one office building and ten wooden barracks. It was one of the first places where refugee children were housed. The first group of children arrived here on November 28th, 1938. From the start it was also used for adult refugees, but only legal refugees.

It could sleep 164 people, plus if necessary 70 extra in quarantine.

In the summer and fall of 1939 many children who were infected with diphtheria were quarantined here. According to a letter (NA 2.09.45, inv 70) 37 boys from Gouda were housed in Barracks 10, and the “Sisterhouse” was used for the diphtheria carriers. There was also a freestanding barrack used for the “negative” boys and an isolation barrack for positive children.

There was also a synagogue here.

The facility probably closed in early 1940.

After the war it was used as a maternity facility and hospital for a while. In the 70’s it was demolished.

Ruth Herskovits arrived at the facility in January 1939. She writes:

The next day we arrived at the quarantine in Amsterdam-Zuid [sic] in the barracks, that were fitted with bunk beds. The food came in huge metal containers and tasted something metallic as well. We stood in line to get a scoop of thick, bright yellow “chicken soup”. It was almost inedible, and we were not hungry enough to not be critical. Outside it was cold and damp, and the barracks were not adequately heated. It felt as if we were directly exposed to the elements. I thought of home, of our cozy kitchen and the warm nursery. I had had no idea that a central heating system could be something special and that many people lived without that. (10)

“We drove to the quarantine station just outside the city, very close to the Zuiderzee. It was bitterly cold and through the badly heated barracks the wind was blowing. At night we couldn’t sleep because of the cold and the food was horrible. A stark contrast with what they had told us in Berlin about the children’s homes “over there”. Nevertheless we were grateful…………….(11)

Norbert Ripp was one of the children who tested positive for diphtheria and was moved to quarantine. He recalls the following:

“Sitting with our back to the window, it was open, there was a little passage behind. One of the kids threw his food out of the window, just in front of Mrs. Wijsmuller’s feet: she was just visiting there. We were quarantined within the quarantine and we had very little entertainment. What we did is that we darned socks for the people in the camp. I could darn socks you wouldn’t believe how well I could darn socks. They showed us how to do that: we had nothing to do and were going crazy. The only game we played: you throw five items up in the air, catch them in the back of your hands and try to throw them back in a certain way. We made these things out of orange peel. That is the only game I remember. We went for walks. I remember some of the canals we walked along. I remember one canal I believe where barges were still being pulled by teams of men, who had belts around their shoulder and were pulling barges”. (12)

The presence of so many children during puberty also caused some problems: this is a translation of a document about some mishaps in Quarantine Zeeburg, dated December 19, 1939:

“I have the honor of communicating to you the following:

I had heard that in the barracks where the bacilli-carrying children are isolated, some irregularities had happened, especially that some bigger girls had been to the beds of bigger boys and vice versa.

Because I heard this through members of the Children Committee, I have investigated this right away with one of the members of the committee, upon which I discovered that it all indeed happened.

It seems to have started with a game (throwing water at each other), but later one of the girls, Marianne W., 16 years old, as soon as the overseeing person had removed herself without permission or had gone to get some rest, went to the department where the boys were in bed several times and woke up Erich E., 14 years, and Walter A., 17 years old, after which they engaged in conversation, sitting on the edge of the bed, dressed in nightgowns.

The other way around, according to their own confession, both Erich and Walter have gone to the girls department several times and have woken up girls, especially Marianne , who had encouraged that by her behavior.

According to his own confession it has even happened that once, in the middle of the night, Walter had left barrack 10 secretly to sneak off to barrack 9, to pay a nocturnal visit to his friend Marianne, but he assured me that once he was there he had returned immediately.

During the investigation I discovered that one of the helpers, E. Holst, who had her room in barrack 9, where boys and girls were under her supervision, herself had admitted one of the male inhabitants of this camp, who is now in Westerbork, in her room, which fact had become known to the children in that barrack.

I have fired this helper immediately and measures have been taken to make sure that such things will not happen again in the future.” (13) 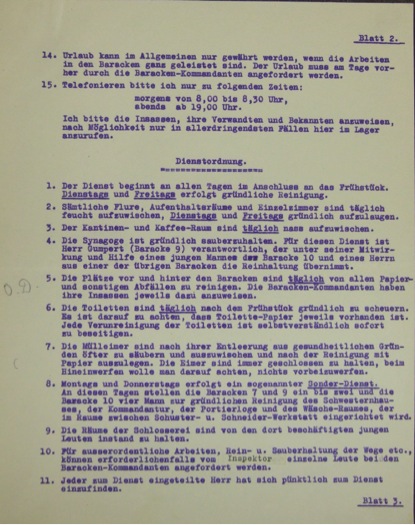 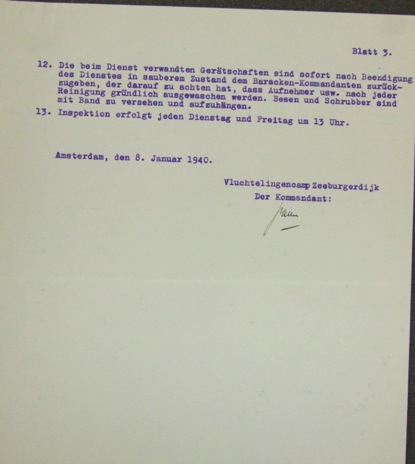 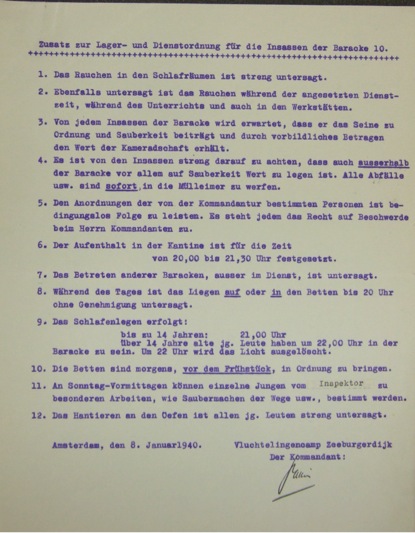 Jeltje Kouwenaar was working as a nurse at the Burgerweeshuis when diphtheria broke out and some of the refugee children had to go the Zeeburgerdijk:

Although I finally returned to the editorial office, this time will always remain with me as one of the most beautiful periods in my life. I can tell you that these children had my whole heart: they were much sweeter, more affectionate and more obedient than the Dutch children, with whom I was subsequently. And then my hands did itch, although of course I never carried it out. One big difference, of course, is that the first ones here had no or almost no family.

When diphtheria broke out in the Burgerweeshuis I went with the sick children to quarantine at Zeeburg, negative barracks. Children who had been sick, or were only positive bacillus carriers, first came to the positive barrack and then, if the result of the swab was negative, to me. There were usually about twenty to thirty children, from four to nineteen, for whom I had to take care with the help of a German Jewish girl. The head nurse came only very sporadically. She had the whole camp under her supervision. So, I could do my own thing and that was wonderful. I slept in the barracks – through the thin walls I could hear exactly what was happening in the children’s rooms. Then I was awake, if one of them turned around a bit too noisy or dreamed out loud. I usually spent my free evenings visiting the older camp residents, because fortunately I have remained bacillus-free all this time. Would you believe, I preferred not to leave the camp, even if only for an hour. I couldn’t leave them alone. I rarely took my days off.

Below are some of the picture that Nurse Kouwenaar’s son Frits David shared with me. She also wrote to and received letters from several of the children, namely: Marion Joachim, Willy and Josef Helmreich, the Wingens family, Dora Compart, Hanna Eichenwald, Rita Lehrfeld, Melly Adler, Norbert Rip, Karl Goldschmidt and Wolfgang Angress. 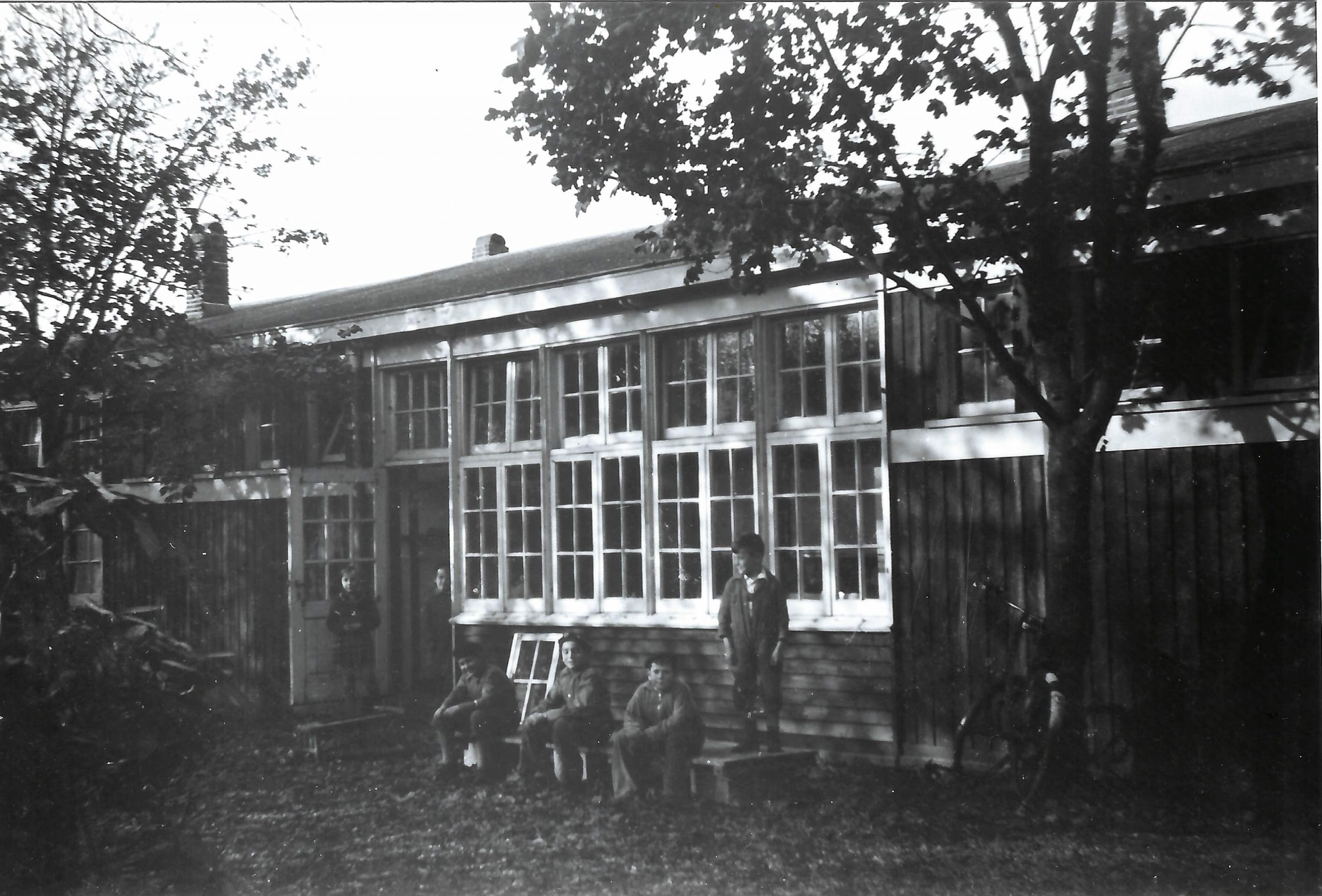 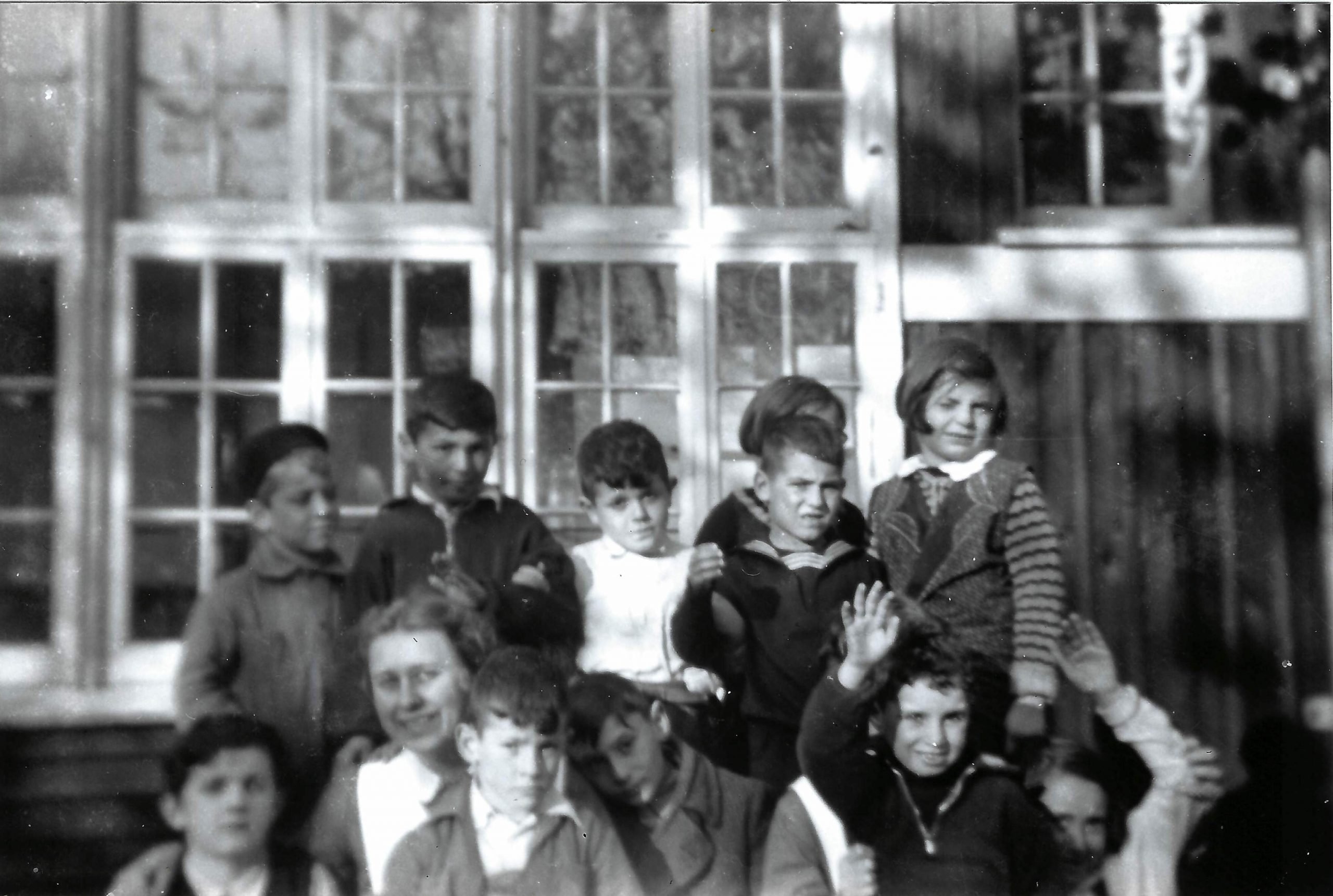 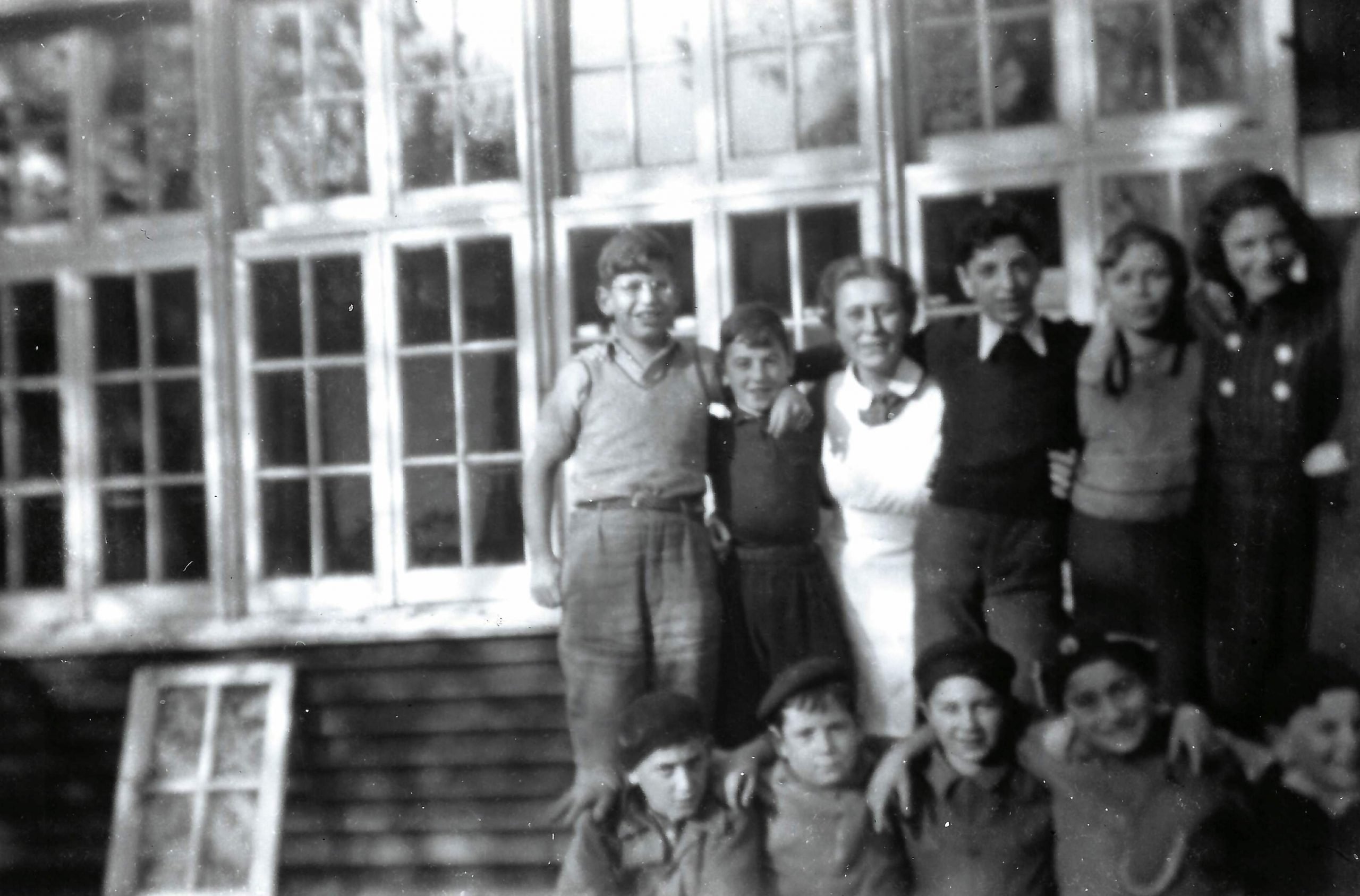 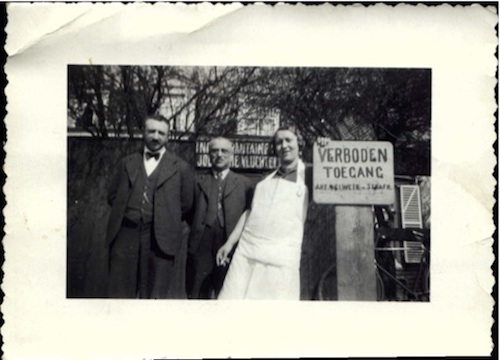