In March 1941 the Nazis closed the “Werkdorp” in the Wieringermeer. A few weeks later, after having lived with families in Amsterdam, some of the boys who had been taken from there were deported to Mauthausen. 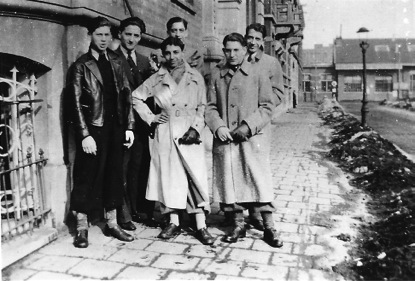 Some boys at the Plantage Franschelaan, courtesy of Hajo Meyer.